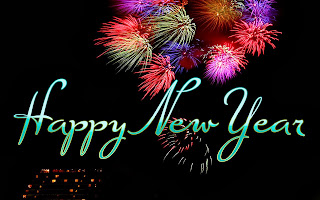 Looking back, some pretty awesome things happened to me in 2013. I'll list a few here:

1. My second child came into the world in August. She has brought me and my family so much happiness and joy! I can't wait to see what the future holds for her!

2. I went back to college to work on finishing my bachelor's degree. After a 2 year break, I felt fresh and rejuvenated... and even more determined to finish my degree. I still have a bit more to go, but I did take out a good chunk of what I have left. Even better, I feel like a better student. I think I have matured a bit, and have learned to be a student who knows how to excel. I had the best performance academically this year than I have ever had in college.

3. I discovered how epic Brandon Sanderson's novels/series' really are. A couple of years back, I read his first published novel, Elantris, and simply loved it. It was the best piece of fantasy I had read in awhile, and gave me the wonderful relief that the Fantasy genre actually still had some decency! Sadly, I didn't read anymore Sanderson until this year. Once I started, I couldn't stop. Here's a list of his books I read just this year:

Wow... 8 books by Brandon Sanderson read this year. They were all so good... so good, in fact, that I have started collecting the hardbacks to all of them. I was lucky enough to go to Sanderson's book signing for his Steelheart release back in September, and talking with him was very refreshing. I have known too many authors who acted like they were above everything and everyone. Brandon is very humble and down to earth. And the fact that his writing is so good makes him all that much better of a person! This year, I collected hardbacks of Steelheart, The Emperor's Soul, The Rithmatist, The Alloy of Law, and Warbreaker. I hope to have the rest of his collection next year. He has at least 2 more books coming out next year (rumored to be 3) so I have my hands full catching up on his books!

4. My second novel, The Network, was published in September. I wrote the initial first draft in 2010, then sent the next 3 years rewriting, revising, and editing it. After several beta readers sent me their suggestions on things, I went back to tighten the final screws. At long last, I was happy with the end product. The revision process took 3 times as long as I allowed for my first novel, Core of the Nations, and it really shows. I still look at my first novel as a rough draft, one that I will go back and spend quality time revising and editing.

Here are a couple of interesting facts about The Network:
-Since it's release in September, roughly 200 people own a copy (digital or hard).
-Although the book appears to be the same length as Core of the Nations, it is actually about 15,000 words longer, totaling at about 72k. The font sizes are marginally different.

Some praise for The Network:

"The author has created a captivating novel I think everyone should read. I especially like the part where.... actually, I'd better let you read it. Go ahead, it might just open your mind to some new ideas you wouldn't expect."

"An imaginative, yet plausible, depiction of what the distant future might look like. There is also a good amount of insight into the emotions of the characters and their sense of love. The book definitely peaks your interest. I couldn't put it down until I finished it. Keep up the good work, Jesse."

Okay, maybe this is too long already, but I am going to mention a few things I look forward to in 2014:

1. Finally graduating from the University of Utah! Fall 2014 will be my last semester! It will have been a very long and hard road, enough to write a book about (hmmm....), but so worth it! I have 2 brothers who got their bachelor's degrees at the same school. My father and grandfather also got their degrees at the U of U, too. My brother-in-law got his MBA at the U of U. Finally I'll be able to add my name to the list! My little brother is currently enrolled at the U of U, as well. My turn to urge him on to join the club!

2. I get to read more Sanderson! I started reading The Way of Kings today, and will hopefully have the time to finish it over the next 2 months. The sequel comes out the first part of March... I still need to read The Alloy of Law. Hopefully between these 3 books, I'll be ready to read Firefight, and if Brandon finishes it, the sequel to The Alloy of Law. Gotta finish collecting them hardcovers, too!

3. I haven't let this info out too much, but I have started another novel. This one is the first book of a series (something I have never tried before, but have outlined some pretty good stuff). This will also be my first attempt at the fantasy genre, which has always seemed very scary to me. I have a particular love for Tolkien and Middle-Earth in general, and it seems like nobody has ever been able to do what he was able to do. Nothing has the depth of Tolkien's world. I have come to decide that I will be frustrated with anything if I try to compare it to Middle-Earth, so I have decided not to make the comparisons. It's not fair to me, or to other authors for that matter, and I'm limiting my enjoyment and capacity. And so, I enter my new series currently titled as The Shadow Wielder. Stay tuned for more info (remember that I am taking 20 credit hours over the next year, on top of working full time. I have a family that is the most important thing to me, so movement on this story will be slow, at least until 2015. At that point, I will be able to spend the time I am used to utilize for studying and focus my efforts on The Shadow Wielder.).

These are the only things I can currently plan for in 2014. I am sure there will be much more to report on, and I will do my best to blog when I can. In the meantime, I hope you all have the Happiest New Year ever, and if you feel daunted or nervous about the future, take control. Be yourself, and be proud of the person you are. Grab the next year by the horns and make it the best possible. I know I plan on doing just that.