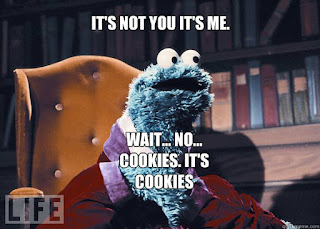 Why hello there, my bloggity blog! It's been too long since I've written on you. Long, as in, 4 months long. And I promise, it wasn't you, it was me. You see, there's this strange thing called life, and sometimes it just gets so busy, particularly during the summer. Darn life! But don't worry, bloggity blog. Although I haven't been writing on you, I have been writing. "Writing what?" you may ask. "What could possibly be more interesting than writing on your bloggity blog?!"

Actually, to be more precise, I have completed the revisions to The Shadow Wielder. After hacking and slashing, then adding, then more hacking and slashing, then more adding, I have sent it out to several beta readers. On top of that, I have sent out several queries to agencies to promote my novel and hopefully get it published! It's taken about a year and half to get to this point. But I'm so happy with how book 1 turned out.

And, I have also gone back to working on the prequel. For some strange reason I thought I had finished writing the first of two parts in it. I was shocked to see I never finished the final chapter of part 1. This discovery occurred during my outlining of part 2. So I didn't complete outlining part 2... I'm back to finishing up part 1. On top of that, I need to write an interlude chapter. Then I can get to part 2.

I've been scared to write part 2 for a while now.

Let me go back to NaNoWriMo 2015 for a moment. During November, I finished writing The Shadow Wielder, completing the first draft at about 100,000 words. But during the month of November, I only actually finished the last 30,000 words. Instead of moving right into book 2, I decided I needed to write the prequel to the series. My plan was to make the prequel a novella, about 20,000 words long. There were so many story elements that needed to be explained, particularly from the perspective of the mother of the two protagonists in The Shadow Wielder. I succeeded, busting out 20,005 words and completing the NaNoWriMo goal of 50,000 words in one month. I must have stopped writing in the middle of that chapter (so unlike me! I'm a notorious finisher) and went back to The Shadow Wielder to perform edits and revisions.

Ok. So, remember I said I was scared to write part 2? Well, there wasn't going to be a part 2. This was going to be a novella. After some consideration, I realize that the perspective I wrote from was from the protagonist's point of view. This is all fine and dandy, but it doesn't provide the full effect I want to convey. So part 2 to is a series of memories from the main antagonist's point of view. He has quite a story himself, and it needs to be heard. Or read. So the novella project has turned into a novel project.

I'm scared to write it? Why, you may ask? I think I'm a pretty decent guy. I try to be, in any case. When writing from perspectives, you have to jump into another person's mind and think like they do. And jumping into my bad guy's mind is disconcerting. I don't want to think evilly, right? I don't want the dark, power-hungry characteristics of the Shadow Wielder to suddenly emerge and replace my current characteristics. That probably sounds stupid, but really, I just don't like thinking in that way. I'm so used to writing about people bringing down evil, it's hard to think about writing about an antagonist's rise to power. But it needs to be done. And the outlining is near completion.

Well, bloggity blog, that's my story, and I'm sticking to it. I'll try to return to write on you more frequently, but I can't make any promises. After all, I need to finish this prequel novel, and I've got 2 more novels within the Shadow Wielder trilogy to write. Remember, it's not you, it's me.

Jesse
Posted by Jesse B. Booth at 7:19 AM No comments: